With literature and coin packaging

The Royal Mint strikes special coins and medals for all sorts of collectors. Classic Car enthusiasts are no exception.

When The Mint partnered with the British Motor Industry Heritage Trust to produce a series of Limited Edition Coins featuring some of Britain’s most iconic classic cars, I was invited to create the literature and packaging.

To mark the 50th anniversary of the first-ever Mini, the Royal Mint produced a cupro-nickel commemorative coin and a series of Gold and Silver Proof limited editions.

My task was to research the subject, source the images, provide the copy and design the promotional material and supporting literature.

This was one of the Mint’s most popular-ever coin collections.

I was briefed to research the chosen vehicles, liaise with the BMHIT, source the images, provide the copy and design the literature which has the look and feel of a photographic album. 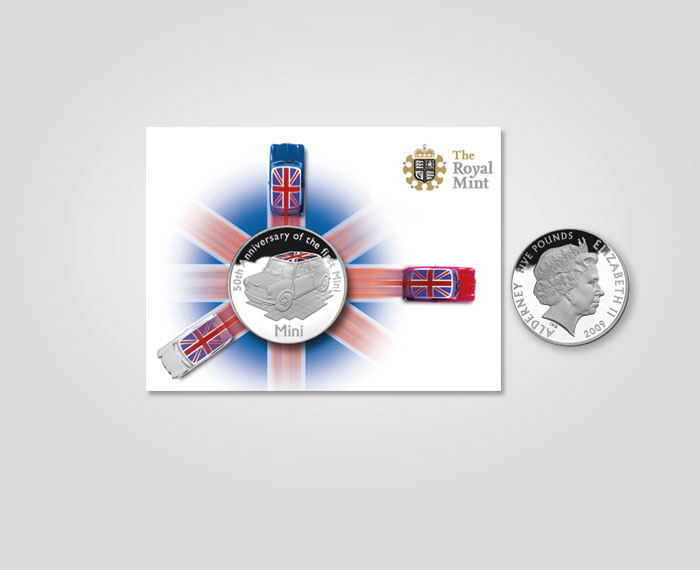 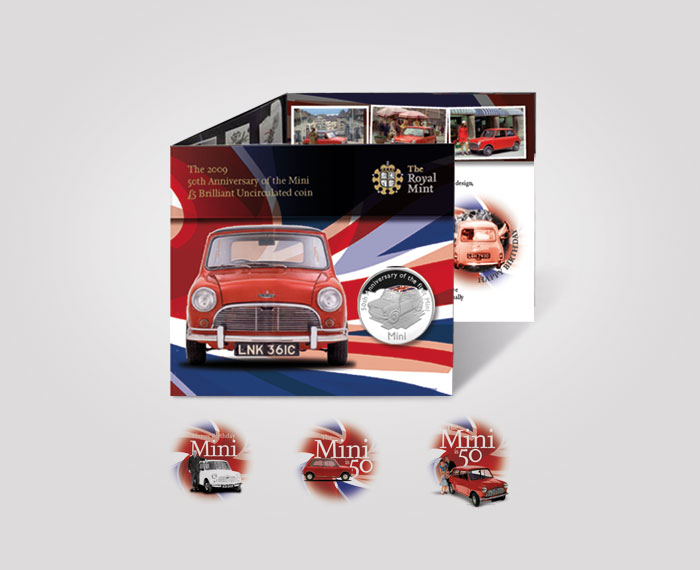 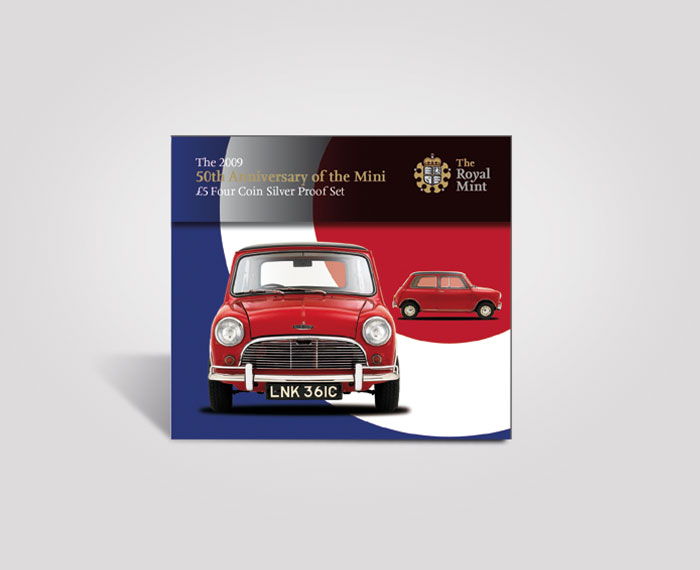 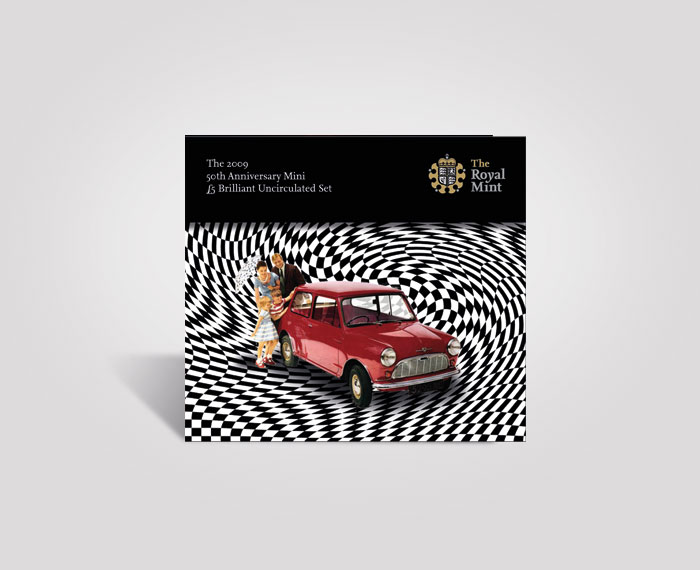 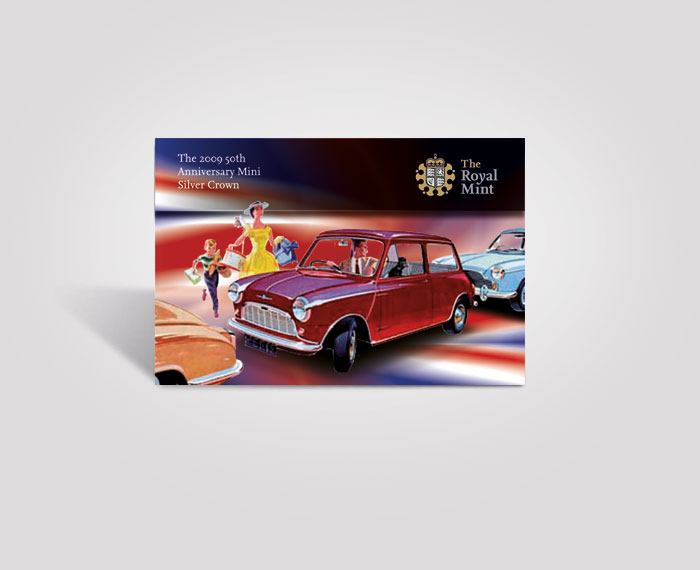 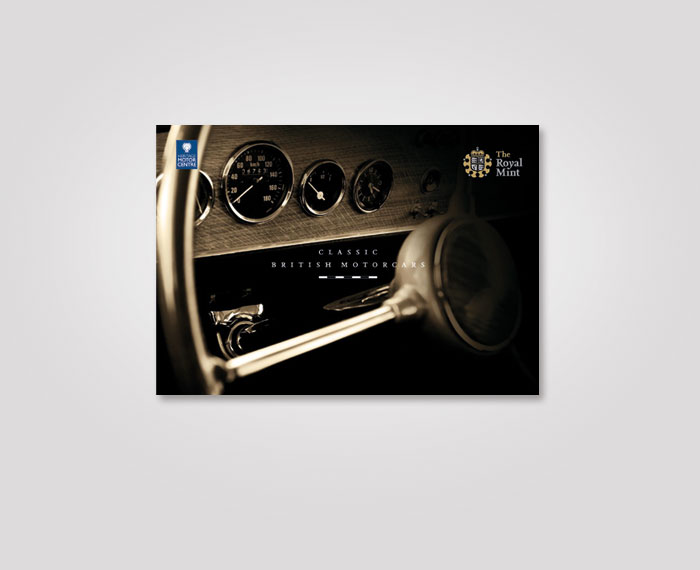 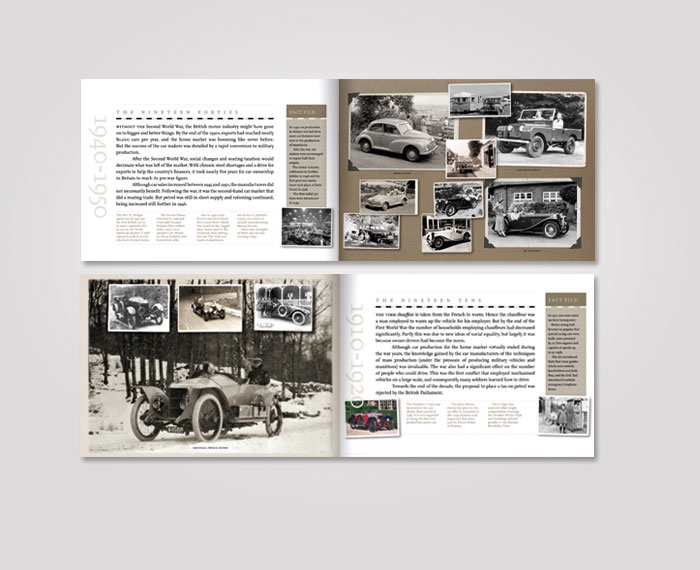 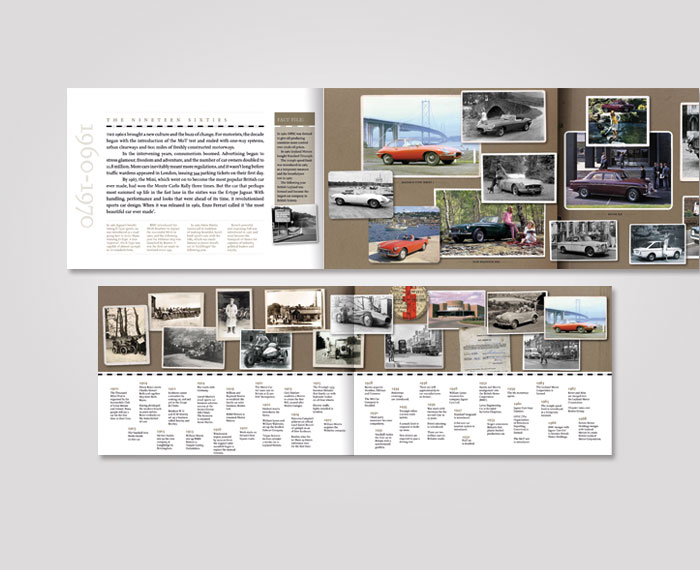 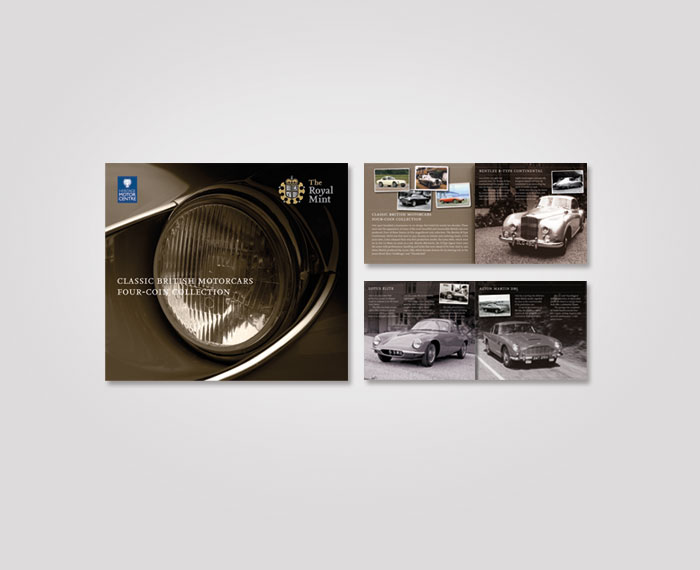